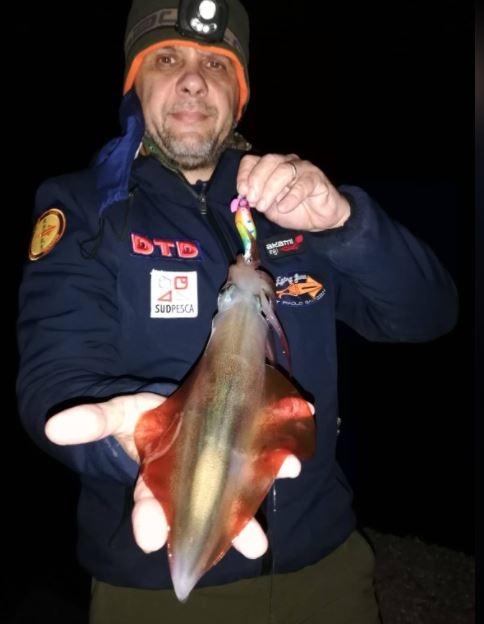 Understanding how the sight of fish works is a topic that has always intrigued the modern fisherman who wants to deepen his knowledge,

especially in order to exploit this information for its fishing activities.

The cephalopods, the squid, the cuttlefish and the octopus, have a very particular visual apparatus and in this article we will discover many curiosities that we will hardly be able to find elsewhere, dedicating ourselves mainly to these invertebrates.

Several articles have already been made about how color perception changes based on depth, but …

from a purely biological point of view, do cephalopods see us well? Do they distinguish colors? How do they perceive day from night?

Obviously, it must be premised that no one today knows the absolute truth, but it is based on scientific research and tissue analysis carried out in the laboratory, then compared with real situations. In this article we will report on analyzes carried out by teams of both American and Japanese scientists. We often read articles reporting that squid have good eyesight, but the eyes of cephalopods are somewhat different from human eyes.

Japanese tests have measured that the highest level of visual acuity is 1.2 – 1.5 tenths for squid. For their kind these values ​​are very high, obviously they are not comparable with mankind. The result is acute vision, but only from the point of “focused position”. This refers to the squid’s eyes’ ability to distinguish things only when in focus. A squid sees and hunts an egi and finally touches it with its tentacles, only if it is in the focal point in front of it, therefore in a position visible to it. At that moment the view of the squid is at its maximum.

Regarding the perception of colors, we often hear that squid cannot distinguish colors, but we understand if it is true and above all why.

To simplify the concept, let’s start with a comparison: the human eye inspired the creation of the camera (the lens) where the eye lenses are like the camera lenses and the retina is the film. Among the cells of the retina, there are those that work in bright places and other cells that work in places with little light. If you go quickly from a bright place to a dark place, you temporarily do not see anything, but gradually you are able to see.
This is because there are these two types of cells in the retina: “cone cells” which function in the lighted places and “rod cells” which function in the dark places. The cone cells are activated in bright places and are involved in color discrimination. The rod cells are activated in the dark, they are involved in the sensitivity of white and black.

Now comes the slightly more complex part. Proteins contain photoreceptor cells within them.
The type of color-sensitive protein in “cone cells” that distinguishes colors depends on the animal. There are also proteins that detect UV rays, but humans don’t have them. In addition, in the “rod cells” there is a representative protein, “rhodopsin”. It allows black and white view. Vision depends on which of these proteins it has, so by examining the proteins, we will be able to establish which colors squid or cephalopods in general can or cannot see. In addition, if we examine this protein, we can connect it to an area of ​​the ocean and how deep the organism lives in the sea.
Man can distinguish between red and blue and green colors. By combining them with each other, we can distinguish colors in bright places. We also have rhodopsin, so we can also distinguish black and white. This photo shows a depth of -40 meters. 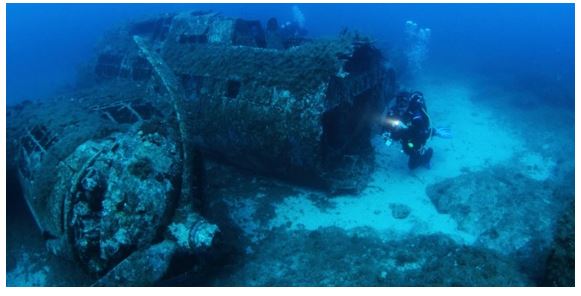 It is a bit dark and difficult to see. But the human being can distinguish colors, as you can see the seaweed, the rocks, the wreck. On the contrary, here is the color table perceived by cephalopods. 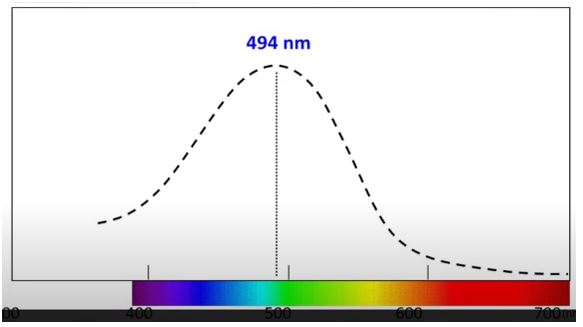 Although the coating of this egi is a bright pink color, in depth the color fades, but the color of the algae was also green, the color changed to gray.
The colors are gradually lost as the depth increases. The difference in the light and dark colors of the egi is ideal for squid that live in the sea.

A question might then arise: why are there a large number of Egi colors in stores if then the deeper they sink, the more the colors are lost?

Technically it is a correct observation, but the colors of the egi are visible on land, but they are not the same thing under water. The eye structure of the squid is different from ours. The same color can look different to us and the squid. We can ask ourselves why squids have abandoned the need to discriminate colors and specialize in being able to perceive light and dark. Colors are depleted in water with little light, they have specialized in knowing how to perceive light and dark. We imagine all this as a process of evolution and adaptation.

This image represents a situation at sea as a squid can see it at night.

We changed the image to black and white, in order to understand that squid cannot discriminate colors. So we see a speckled coating, of course. Egi that have a lot of light and dark are well visible to squid. When the egi move and are in the squid’s field of view, they can also recognize that something is moving.
Not only the colors, but also the coating has a big influence on what the squid can see. Squid can see the difference in the light dark colors between the pattern (design) and the color of the fabric or base.

To give it a try, you can take the image of your favorite egi and look at it in black and white.

It is equally important to know the place where you generally go fishing because the color contrast changes, different from situation to situation. For example if the seabed is rocky, sandy or with algae. The background is not always a clean (clear) white.

We need to imagine the place where we generally fish or the time we go fishing. For example, at night, a rocky area in broad daylight, an area with algae in the morning and so on. Squid is assumed to be unable to see colors, but they can see light, indeed they perceive it rather than see it. The type of seabed and the light that penetrates into the sea, whether day or night, play a fundamental role in contrast even for the single-colored egi.

We now come to the discourse of the mimicry of certain cephalopods associated with the behavior of chromatophores. 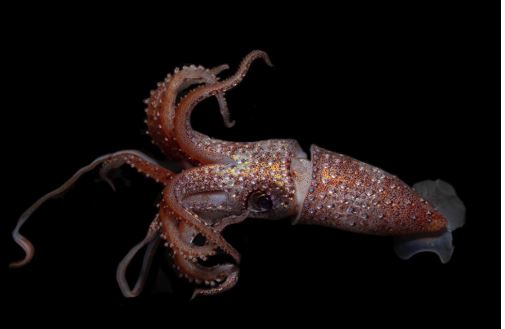 Most species of the cephalopod class have chromatophores on their skincells that contain granules of pigments, which contracting and expanding as a result of impulses sent by the nervous system produce color variations, above all for mimetic, protective and communicative reasons.

Desmond Ramirez and Todd Oakley of the University Of California (Santa Barbara, USA) have studied how, in particular octopuses, collect information about the environment and circumstances through their eyes.

By analyzing the skin of some squid and octopus, they discovered how the skin of these cephalopods reacts to light without any kind of stimulus from the brain or eyes. They collected various biopsies on the skin of one octopus species in particular: there octopus bimaculoides.
They hit the fabric with a white light and were impressed by the fact that when it was hit by the light, the chromatophores contracted, changing the color of the skin and relaxed when the light was turned off, returning to the initial hue.

Then, they verified the effective wavelength useful for the chromatophores to expand and thus change the color of the skin from purple to orange, obtaining a value of 480nm, which is equal to the wavelength that allows to perceive the blue-azure , color to which the eye of cephalopods responds most strongly.
This revealed a certain sensitivity of the skin in relation to different wavelengths; the researchers called the cephalopod system to calculate the light intensity Light Activated Chromatophore Expansion (LACE).

They found that the main cause of this phenomenon is to be found in the presence of rhodopsins, proteins belonging to the opsin family, usually produced in the eye and sensitive to light. In fact, in the chromatophores, the same mechanisms that occur in the eyes seem to manifest themselves. Other researchers from the University of Maryland (Alexandra Kingston, Tom Cronin and R. Hanlon) have found the same presence in the chromatophores of other species of squid and cuttlefish.

as it demonstrates a behavioral response similar to some stimuli, such as photosensitivity.

Understanding how to exploit this information to be more effective in our outings, however, requires a lot of practice in fishing, knowledge of the places and behavioral habits of cephalopods. Some colors, pigmentations and coatings that work in some spots and with some light conditions of the day, may not be equally effective in other fishing spots, varying in attractiveness during different times of the day / night. Every good eging fisherman knows he must have a varied choice of lure colors and replace it often during the hunt in case of several casts without attacks or catches.

Article created by Paolo Gavazzeni and Luigi Del Pizzo, a greeting to all the friends of PLANETSPIN! 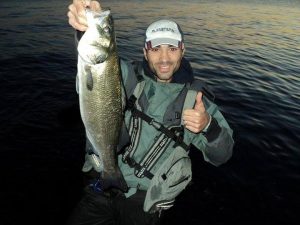 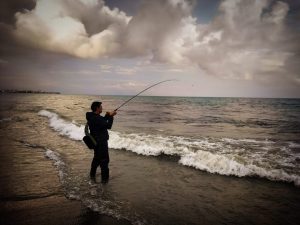 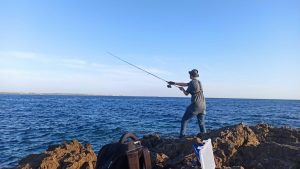 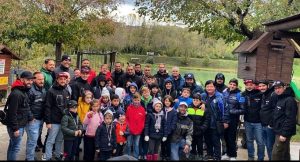 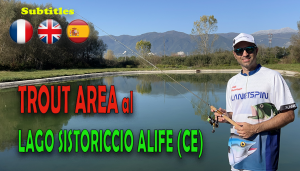 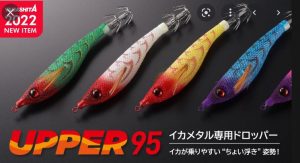 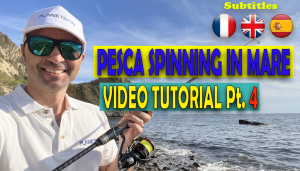